Moving to a different country, especially when seeking asylum from hostile forces or dangerous living situations, can be a harrowing journey for anyone. Seeking asylum can be a nerve-wracking, difficult process for those coming to the United States, and finding legal representation able to delicately handle these unique issues is key to receiving the protection you need. Making an asylum claim should not be difficult, and the right legal team can be immensely helpful in helping you find security in a new, safer home. In the Orange County area, U.S. Law Center’s legal team can provide the services you need to safely and legally apply for asylum, giving you the stability you need in such an uncertain circumstance. 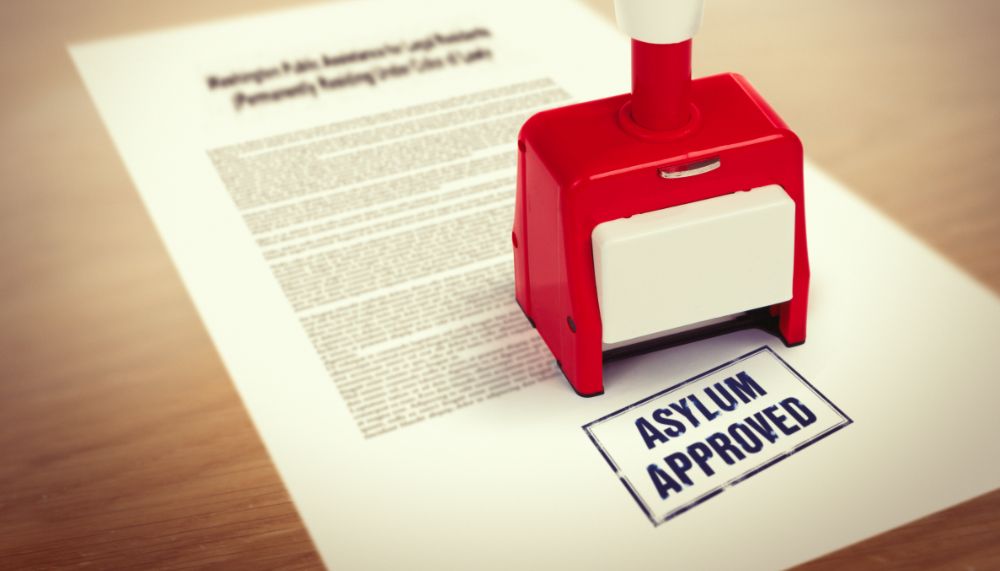 The right to asylum, or to claim asylum, is an internationally recognized right to flee persecution, mistreatment, or other forms of oppression in your home country and seek protection in another country. The Universal Declaration of Human Rights, as well as the 1951 UN Refugee Convention, outline the stipulations for asylum, including the reasons why one would seek asylum based on certain characteristics or living situations, which help create a basis for asylum and refugee claims. Some of the factors that contribute to any asylum claims can include:

For those seeking asylum based on sexual orientation, gender identity, and HIV status, your asylum request needs to be based on past persecution, established fear of persecution based on social climate, or avid government suppression of groups affiliated with these identities. For example, those coming from countries where homosexuality is still criminalized, and revealing this identity is subject to targeted harassment, government scrutiny, or even death, can be grounds for your asylum claim. Once in another country, these claims can be used to solidify an asylum case, granting legal protection from deportation and persecution based on residency status.

Is There a Difference Between Seeking Asylum and Being a Refugee?

Although often used interchangeably, the process of seeking asylum and becoming a refugee varies based on when the process starts. Seeking asylum is the legal process that follows your arrival to a different country, usually as a refugee, and once beginning the process of applying for asylum, you are legally referred to as an asylee. Refugees, on the other hand, are those in other countries that move to a new country based on persecution faced in their home country. Although similar, both processes and labels entail separate legal processes, and being well aware of the differences is key to seeking the proper legal action route.

Once in the United States as a refugee, finding an attorney able to represent you and guide you through the asylum process is important for securing your asylum claim. Upon arrival, you have one year to compile your case and file your petition before being returned to your home country. The accuracy and scope of your filing are crucial for your overall decision and to avoid deportation or a delayed hearing. After receiving asylum, you must reside in the United States for one year before filing for permanent residency and possible citizenship, thus entering the immigration process.

The biggest part of applying for asylum comes from creating a strong petition outlining why you are seeking asylum. Knowing the basis for your claim, in addition to your testimony about that experience, goes hand in hand with international declarations on tolerable behavior and protected classes. When it comes to formulating an asylum case, these international treaties and United States Government forms are crucial for creating a strong case:

The United States, having ratified these listed international treaties and declarations, has an obligation to uphold the agreements outlined in each document, especially when dealing with refugees seeking asylum. With the help of an immigration or asylum lawyer, formulating a case that incorporates these international agreements into your petition is crucial for creating a legally sound case.

Are Green Cards and Visas the Same?

Visas, on the other hand, are temporary grants for living in a certain country and act as a permit of entry to the United States. Non-immigrant visas are used for those who are temporarily residing in the United States for a long period of time, usually for education, work, or vacation purposes, granted with the expectation that the person receiving the visa returns to their home country. Immigration visas, on the other hand, are visas held by people who plan on immigrating to the United States and allow the individual holding the visa to live in the United States as a permanent resident. Although similar, and often used interchangeably, green cards and visas drastically differ in application and legal weight.

Q: How do you win an asylum case?

A: Asylum cases are based on provable, undisputed facts, and compiling these together accurately in your asylum petition is the best way to achieve a favorable outcome. Between personal statements, evidence, and your overall reputation, creating a claim begins with knowing what to include and how to present it. With the help of an attorney, compiling a case able to assure you asylum is achievable.

Q: Can you get legal aid for asylum?

A: Because this process deals heavily with laws and legal filings, having an experienced lawyer to help with the process is beneficial for having a more complete case. For those without the money needed to file a claim, aid networks around California can help with necessary legal advice or filing fees when applicable.

Q: What is the legal process for seeking asylum?

A: Once entering the United States, a refugee can apply for asylum by filing Asylee Form I-485, which helps begin the process of establishing a permanent residence within the country. Afterward, compiling the evidence needed to justify this filing helps lead to the process of securing a green card, temporary visa, or citizenship further along in the process.

A: In recent years, various legal aid networks around Orange County have established an aid system aimed at providing legal representation to those facing deportation for little to no cost. Similar to a public defender system, these cases are based on providing legal support to those in need of a deportation lawyer without the funds to use a private practice.

Talk to Our Attorneys for Representation for An Asylum Case

Before beginning the process of petitioning for asylum, establishing legal representation is a key part of the asylum process. Compiling a strong legal basis for your claim, including an extensive background of reasoning, evidence of persecution, and a strong personal statement of your experience is hard to do without legal help; however, with an experienced asylum attorney, this process becomes easier to manage. In Orange County, the legal services of U.S. Law Center can help you compile a strong asylum case. For more information on our services, contact us online and schedule a free consultation today.