Immigration played a vital role in the development of our nation and continues to make significant contributions to our country today. Nearly all natural born Americans are descendants of immigrants who fought hard to reach our shores, guided by a dream to build a better life for themselves and their families.

Unfortunately, immigrants are held to far higher standards than natural born citizens, and even permanent lawful residents with green cards can face much harsher punishment for committing crimes. While a citizen found guilty of a specific offense may be temporarily deprived of their freedom, an immigrant with a criminal conviction can face deportation, permanently preventing them from returning home to their loved ones. 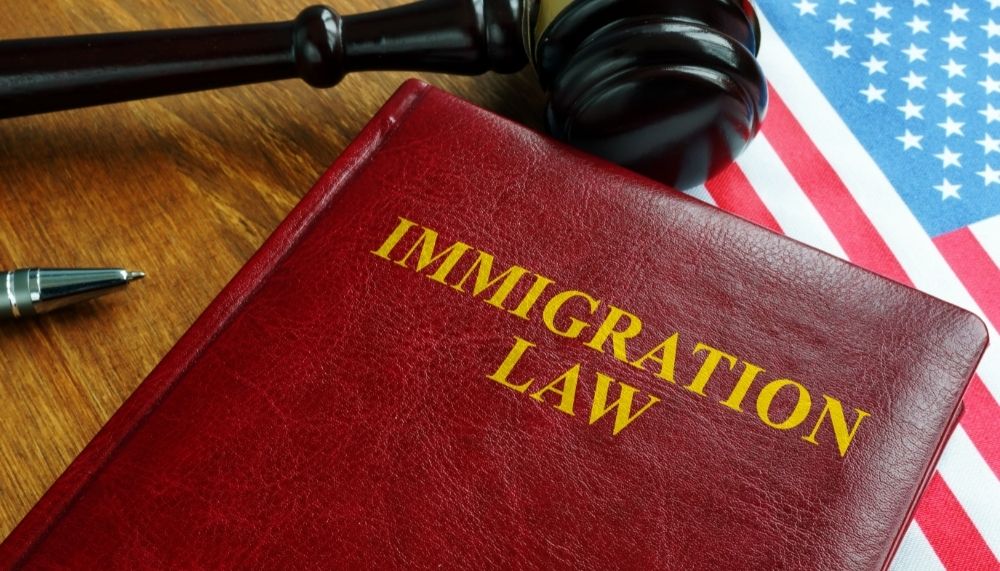 What Is Considered Illegal Reentry?

After an immigrant has been legally removed from the U.S., federal criminal law makes it illegal for them to reenter the country or be found within the country without prior approval from the government. Some individuals are deemed inadmissible for five, 10, or 20 years, while others are banned from ever reentering the country. The exact length of time depends on the reason for removal, such as whether the individual was convicted of a crime. According to the Immigration and Nationality Act (INA), illegal reentry is defined as unauthorized entering of the country after:

Before determining whether an immigrant illegally reentered the country, it is important for them to understand whether a judge did in fact issue a removal against them. In some cases, defendants are not technically ordered removed but issued “voluntary departure,” meaning they are allowed to leave the country before a specific date without the consequences of a formal removal order. When someone is given voluntary departure but does not depart by the required date, this grant automatically converts to a removal order. Additionally, even if someone voluntarily departs the U.S., they may still be inadmissible for a certain time period for “unlawful presence” in the country.

Unlawful presence clearly encompasses entering the U.S. without permission, but it can be difficult to define in some situations. For example, unlawful presence may also apply if an immigrant is waiting for U.S. Citizenship and Immigration Services (USCIS) to approve or deny an application for a visa or if they obtained a visa but violated its terms by failing to leave on time. Unlawfully present defendants are generally barred for a certain period based on the number of days spent unlawfully in the U.S., unless they can obtain a waiver.

If an immigrant returns to the U.S. illegally or was caught attempting to illegally return after living in the U.S. unlawfully for more than one year or after being deported, they are likely to be subject to a “permanent bar.” This means their request for an immigrant visa (green card) will be denied, and usually a request for a temporary (nonimmigrant) visa will be denied as well. While this bar is permanent in the sense that the immigrant is inadmissible, after spending 10 years outside the U.S., there is a waiver they can apply to in order to request permission for reentry. A permanent bar is much more difficult to overcome than other grounds of inadmissibility, but it is possible. 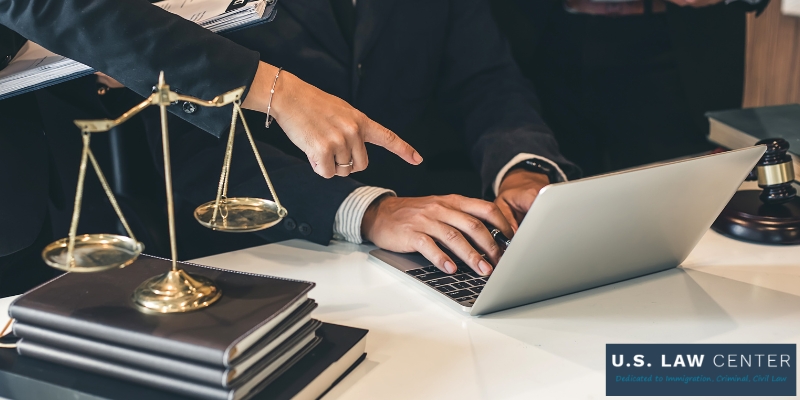 What Are the Penalties for Illegal Reentry After Deportation?

If an immigrant reenters the U.S. without permission after a removal order, that order may be reinstated, meaning they can be immediately deported as soon as they are caught within the country by immigration authorities. They do not have the right to a formal hearing in Immigration Court to defend themselves. The only exception to deportation is if the immigrant can obtain a “stay of removal” or pass a “reasonable fear” interview with an asylum officer from INA. A stay of removal is a temporary suspension of deportation that allows them to remain in the U.S. for a limited period. Passing a reasonable fear interview gives them the opportunity to appear before a judge and request “withholding of removal” due to a reasonable fear of possible persecution or torture upon returning to their country of origin.

They may also be charged with illegal reentry, which is a federal felony crime. In this case, they are entitled to legal representation and a criminal trial to plead guilty or not guilty. If they are convicted of illegal entry, they face up to two years in federal prison, fines, or both. After serving their sentence, they can be removed through reinstatement of the original removal order.

If they illegally reentered the country after being convicted of a non-aggravated felony or three or more misdemeanors for drug-related crimes or crimes against persons, they may be penalized with up to 10 years in prison, an additional fine, or both. If they illegally reentered the country after a conviction for an aggravated felony, this sentence doubles. Other penalty enhancements may be imposed for immigrants who were removed for certain crimes or associated with terrorism.

Can You Legally Reenter the U.S. Before the Waiting Period Expires?

After an immigrant is ordered removed, they have limited options for legally returning to the U.S. before the end of the bar. They need a basis for applying for a visa or green card, such as sponsorship by a family member or employer, or they may qualify for a nonimmigrant visa. First, they must apply for a waiver to “forgive” the inadmissibility that led to the initial removal order and give them permission for a second chance at reentering the country with a visa or green card. To request consent for a green card application, they must use a “Permission to Reapply for Admission Into the United States After Deportation or Removal” (I-212) issued by USCIS. For a nonimmigrant visa, they must request an “exercise of discretion.”

Only the following individuals can apply for an I-212:

USCIS will consider every I-212 request based on the applicant’s individual situation, and the individual does not need to meet certain standards or have a qualifying relative already living in the U.S. The official handling the case will evaluate the following factors:

Preparing an I-212 form can be extremely difficult and should be done before reentering the country to avoid reinstatement of the removal order or a potential prison sentence. This is best accomplished with assistance from a Riverside illegal entry after deportation lawyer. An attorney can help draft a statement that supports the request, such as by describing a person’s history of law-abiding behavior, their important role in the community, or the emotional trauma their children have suffered due to the deportation. The attorney can gather evidence that confirms these consequences, build a valid argument for return, ensure they follow all applicable rules and regulations during this process, and submit their paperwork on time. 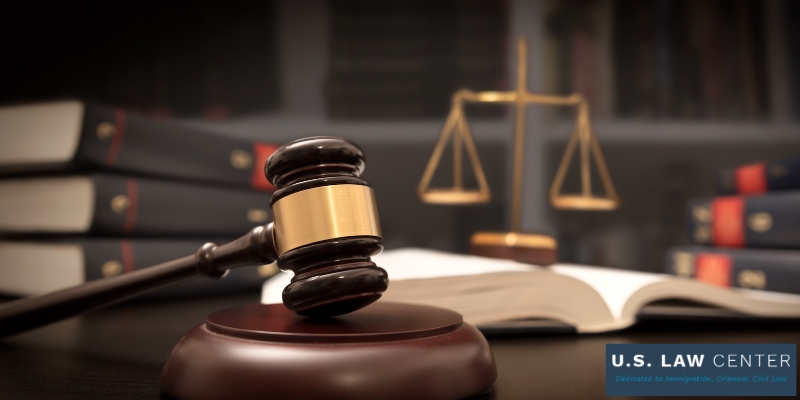 Q: What happens if you get deported and come back illegally?

A: If you are deported from the U.S. and reenter the country without permission, the removal order against you will be reinstated, which means immigration authorities can immediately deport you after finding you in the country without a formal hearing in Immigration Court. You may also be charged with the federal felony crime of illegal reentry.

This carries a federal prison sentence of two years, but it can be expanded to 10 years, 20 years, or more if you were convicted of certain crimes before being ordered deported. If you illegally reentered while your criminal case was pending or before serving your original sentence for a conviction, you can be incarcerated for the remainder of the sentence.

Q: How do you fight a charge of illegal reentry after deportation?

A: Fighting a charge of illegal reentry after deportation requires legal representation from an attorney who specializes in immigration law and criminal defense. In most cases, your defense will revolve around challenging the original order of deportation.

Your Riverside illegal entry after deportation attorney may argue that you were deprived of the opportunity for judicial review via a due process violation, that you had ineffective counsel which impacted the fairness of your immigration hearing, or that the entry of the removal order was “fundamentally unfair.” You may also be able to avoid deportation if you are eligible for relief from persecution or torture under federal asylum laws.

Q: How do you find an immigration attorney?

A: If you are seeking an immigration attorney to handle your case, you can find the right one by following these steps:

Q: Do you need an immigration attorney or a criminal defense attorney for illegal reentry after deportation?

A: Immigration attorneys understand the nuances of immigration law, while criminal defense attorneys are experts at defending their clients against criminal charges. If you are an immigrant accused of a crime, you need an attorney with experience in both. They can develop an effective legal strategy to avoid conviction, minimize the immigration consequences of a conviction, and inform you of any exceptions that may be available to prevent deportation or allow you to legally enter the U.S. They can also advise you on whether taking pleas or obtaining post-conviction relief may render you deportable or inadmissible.

Illegally reentering the U.S. after deportation can result in significant criminal and immigration consequences. If you are accused of this offense, you need a Riverside illegal entry after deportation lawyer to advocate on your behalf.

At U.S. Law Center, our team can protect your rights, inform you of your legal options, and represent you during immigration proceedings. If you have not yet returned to the U.S. after deportation, but want to move back, we can help you determine if you are eligible for return, submit the required forms, and prepare your case for the best outcome. Contact us today to discuss your case in a free consultation.